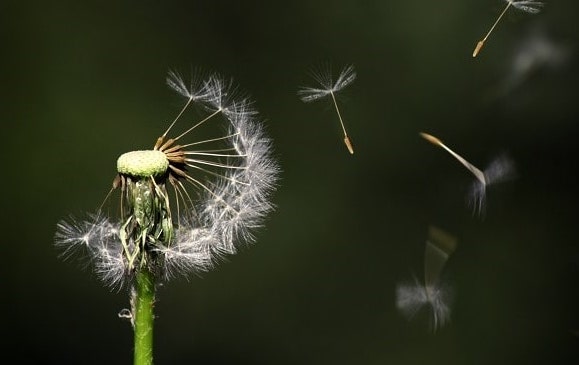 The unprecedented crisis
The COVID-19 economic crisis has been unprecedented in many ways. On the one hand, the global economy has experienced an unprecedented recession – the magnitude of which has never been observed during peacetime periods. On the other hand, the crisis has triggered an unprecedented fiscal and monetary stimulus, which effectively shielded households from the negative effects of recession. As a result, household disposable income in many countries, including the Baltics, have increased despite economies plummeting deep into recession. For example, in OECD countries real GDP per capita declined by an extraordinary 5.1%, but real disposable household income increased by an impressive 2.9% in 2020. Hence, once pandemic fears receded and lockdown restrictions were lifted, global economy rebounded fast with majority of countries, including the Baltics, now experiencing rapid “V-shaped” recoveries. Despite this, central banks and governments are unwilling to „take away the punch bowl just as the party gets going“ and are reluctant to wind down economic stimulus. This increases the likelihood that global economy can move from recession to overheating in an unprecedentedly short period of time increasing risks of growing macroeconomic and financial imbalances.

The global trade is already suffering from unprecedented disruptions. Lockdowns and other pandemic control measures disrupted global production and logistics chains creating supply bottlenecks, while generous economic stimulus measures increased household demand for consumer goods. Moreover, lockdown measures also prompted households to switch consumption from services to goods further boosting demand for tradable goods. The widening gap between falling production and rising consumption caused shortages of certain materials and equipment (e.g. semiconductors) as well as increased inflationary pressures. Container shipping costs from Asia to Europe increased six-fold during the past year, while a record-high 73% of German manufacturing companies are reporting that the lack of equipment and materials are limiting their production. The global trade disruptions are usually called “supply chain disruptions”, which is not exactly correct, since the main culprit causing these disruptions is not the lack of supply, but rather excessive consumer demand – especially for tradable goods. For example, retail trade turnover in the United Sates during the first seven months of 2021 was 20% higher compared to pre-crisis period. This is truly an impressive growth, given that during the past decade retail trade growth averaged a mere 3-4% annually. Hence, even in the absence of “supply chain disruptions” it would have been a real challenge to satisfy so rapidly growing demand. In other words, imbalances are caused by “too much money chasing too few goods” or to put it more precisely “too many dollars chasing too few Chinese and European goods”, since USA trade deficit reached record-high levels in 2021. Yet global trade disruptions provide great opportunities for the Baltic States, whose companies usually have shorter supply chains. In contrast to Germany, only a quarter of Baltic manufacturing companies are reporting that the lack of equipment and materials are limiting their production, hence this crisis is an opportunity to increase the presence in the EU market as well as to attract new investments.

Finally, nationwide lockdowns and economic stimulus also caused unprecedented disruption is labor markets with many countries experiencing record number of job vacancies, but at the same time still having relatively elevated unemployment rates. The mismatch between labor demand and supply was caused by rapid changes in economic structure (e.g. increased popularity of e-commerce and slump in tourism sector), lockdown restrictions, travel restrictions, fear of COVID-19 as well as economic stimulus measures, which discouraged some employees from re-joining the labor market. Higher labor market flexibility, removal of lockdown and travel restrictions (incl. restrictions on legal immigration) and ending unwarranted economic stimulus is needed to correct supply and demand imbalances in the labor market. Countries that will do it faster will gain competitive advantage compared to those that will be lagging behind. It is especially important for small open economies such as Baltic States not to lag behind in these developments.

One cannot step into the same river twice
This crisis has also been unprecedented in that it facilitated structural economic changes that otherwise would have taken decades to materialize. Increasing popularity of homeworking and e-commerce have changed the way we are working, shopping, travelling and spending our free time and there is increasing evidence that these changes to a large extent are not temporary, but permanent. Hence, the post-covid economic structure will not be the same as pre-covid economic structure. For example, commercial real estate sector will have an unequal “K-shaped” recovery with logistics, industrial and residential segments having brighter prospects than retail, office and hotel segments. Another structural change will come due to an increased efforts and the amount of money spent on green transition, which will transform energy, manufacturing, transport and agriculture sectors in the coming decades. Growing protectionism, increasing rivalry between the East and the West as well as negative experiences related to supply chain disruptions during the COVID-19 crisis will prompt companies to shorten their supply chains and move them closer to home. These structural changes offer great opportunities for small, open and flexible Baltic States to transform their economies into greener, more digital and more high-tech industry based.

Gradual transition from “borrow and spend” to “tax and spend” narrative
Thanks to extraordinary economic stimulus the vast majority of countries have experienced fast “V-shaped” recoveries rather than slower and more protracted „U=shaped“ or „L-shaped“ recoveries observed after the 2008-2009 Great Recession. During the COVID-19 crisis economic stimulus has become the single most important variable in economic growth equation. Hence, the future economic development will largely depend on the willingness and ability of governments to continue pursuing the “borrow and spend” fiscal policy instead of the conventional “tax and spend” policy. The willingness to continue the “borrow and spend” policy is strong, especially in the euro area, which does not want a repetition of the 2010-2012 European debt crisis, but with many countries already reaching pre-crisis GDP levels and lockdown restrictions largely lifted, the pretext to pursue extremely lax fiscal policies is waning. Moreover, never ending economic stimulus encourages excessive risk taking, distorts incentives and fuels house market bubbles, which increased macroeconomic and financial instability. Hence, we expect that the so called “borrow and spend” fiscal policy narrative will gradually give way to the more conventional “tax and spend” narrative, which could slow economic growth faster than expected. In the United States the reduction of economic stimulus will be felt already in 2022 with real household disposable income forecasted to drop by 3% – following an impressive 6% growth in 2020 and 8% in 2021. As a result, GDP growth will decelerate which, on a positive side, should reduce imbalances in global trade and ease global inflationary pressures. The European Union is expected to live in “borrow and spend” mode longer, especially keeping in mind that the Next Generation EU recovery fund money will mostly be used in 2023-2026, which has obviously more to do with “next generation” rather than “recovery”. As a result, growth in the EU will keep stronger momentum and will likely be above potential both in 2022 and 2023. The outlook for emerging economies remain cloudy, since majority of them haven’t recovered yet and limited capacities for economic stimulus as well as low vaccination rates suggests that growth will be volatile and low.

Do not get overexcited about rising inflation
One of the biggest questions that divide economists is whether higher inflation will be a temporary or a permanent phenomenon. We believe that in the euro area higher inflation will likely be a temporary phenomenon primarily driven by a bounce-back of energy and other commodity prices from crisis lows as well as an increase of prices of certain manufactured goods due to temporary supply chain disruptions. For inflation to edge permanently higher one needs wage inflation, but existing wage agreements in the euro area suggests that wage growth in 2022 and to a large extent also in 2023 will remain around 2%. As a result, overall inflation in the euro area is expected to decelerate towards 1,5% in 2022 and remain around this level in 2023. These developments should come as a warning for Baltic States, which experience increasing price pressures due to tight labor market. Yet the Baltics should not get overexcited about consumer price and wage inflation, since excessive inflation and wage growth may jeopardize international competitiveness in the medium to long-term.

The Baltic economies continue surprising positively
The Baltic economies have demonstrated surprising resilience during the COVID-19 crisis. The first positive surprise was during the first lockdown in spring 2020 when all three Baltic economies contracted substantially less than feared and less compared to many other EU countries. The GDP in the EU fell by 13.6% compared to a mere 6.3% drop in the Baltics in 2020 Q2. The drop in Baltic GDP levels was reminiscent to the one observed in Scandinavian countries. The second surprise came during the second lockdown in winter 2020/2021 when Baltic economies, despite re-introduction of COVID-19 lockdowns, managed to avoid recession altogether. This was in sharp contrast to the EU, which experienced a technical recession due to GDP falling two quarters in a row.

Currently all three Baltic economies have already surpassed pre-crisis GDP levels and continue demonstrating broad based and balanced recovery with domestic consumption, exports and investments driving the growth. Lower than expected GDP drop followed by fast and broad-based “V-shaped” recovery demonstrates that digitalized Baltic economies adapted well to lockdown restrictions with businesses as well as consumers showing great flexibility. Moreover, economic structure has continued transforming with rapid expansion of high value-added service and high-tech manufacturing (machinery, electronics, chemicals and pharma) exports constituting an increasingly larger share of overall exports. During the pandemics, businesses and households have accumulated higher savings, which increases macroprudential stability and may give an extra boost to domestic consumption once pandemic fears will fade away.

This makes us believe that Baltics can pose positive surprises during the winter of 2021/2022 with GDP growth remaining robust despite persistent uncertainties about COVID-19 pandemics. The influx of money from the Next Generation EU recovery fund will give an extra boost to economic growth in 2022 and 2023. Private investments are also picking up – especially in construction, manufacturing, green-tech and high-tech sectors. Hence, we look optimistic about the future economic development of the Baltics and expect growth to be within the 4-6% range in 2022 before gradually slowing in 2023.

Yet, to continue sustainable growth Baltic economies must show great flexibility in labor markets to facilitate its adaptation to post-pandemic economic structure, which will be more digital and greener. This includes having smart and targeted immigration policy, since fast growth is unlikely to be sustained in the longer-term using shrinking local labor force. Baltic economies should also ensure adequate housing supply to slow down housing price increase, since rapidly rising housing prices may jeopardize international competitiveness by making it more difficult to attract and retain global talents (digital nomads). We expect housing prices to temporary overshoot wage growth in Baltic states, but then converge towards long-term uptrend as supply catches gradually up with demand. Efficient use of a record inflow of EU funds should also be prioritized, since it may facilitate Baltic economic transformation towards more digital and greener economies.